Reframing the polarity between Francis and Benedict as a plus, not a minus

ROME – In a sense, contests between rival visions for the Catholic Church have been around since the very beginning of Christianity, when James saw the new faith as a movement within Palestinian Judaism while Paul wanted to open it to the gentiles.

Over the last nine years, however, that eternal reality has taken on a new dimension because of the historic anomaly of two living popes, one governing and one emeritus, both resident in the Vatican but neither in the Apostolic Palace, who, in flesh and bone, seem to incarnate two alternative agendas for the Catholic future.

The struggle between what one might loosely call “Francis” and “Benedict” visions, which overlap with but aren’t identical to the clash between left and right, is fought out on multiple fronts.

Sometimes the battlefield is secular politics, as in the 2020 election in the United States and the question of whether a practicing Catholic who’s also pro-choice could be worthy of support (or, for that matter, even worthy of receiving communion).

Rival Catholic visions are set to collide again this Sunday in the mid-sized Italian city of Verona, famed as the setting for “Romeo and Juliet.” There, the leftist candidate for mayor is a former professional soccer player nicknamed “altar boy” for his deep Catholic piety and devotion to some of Italy’s most legendary social justice priests, while the local bishop, de facto, has endorsed his conservative opponent over the left’s support for gay marriage, abortion, and gender theory.

Other times, the terrain on which rival Catholic visions face one another is more specifically ecclesiastical – who gets made a bishop or a cardinal, for instance, or how much flexibility in pastoral practice will be tolerated in the application of church doctrine. 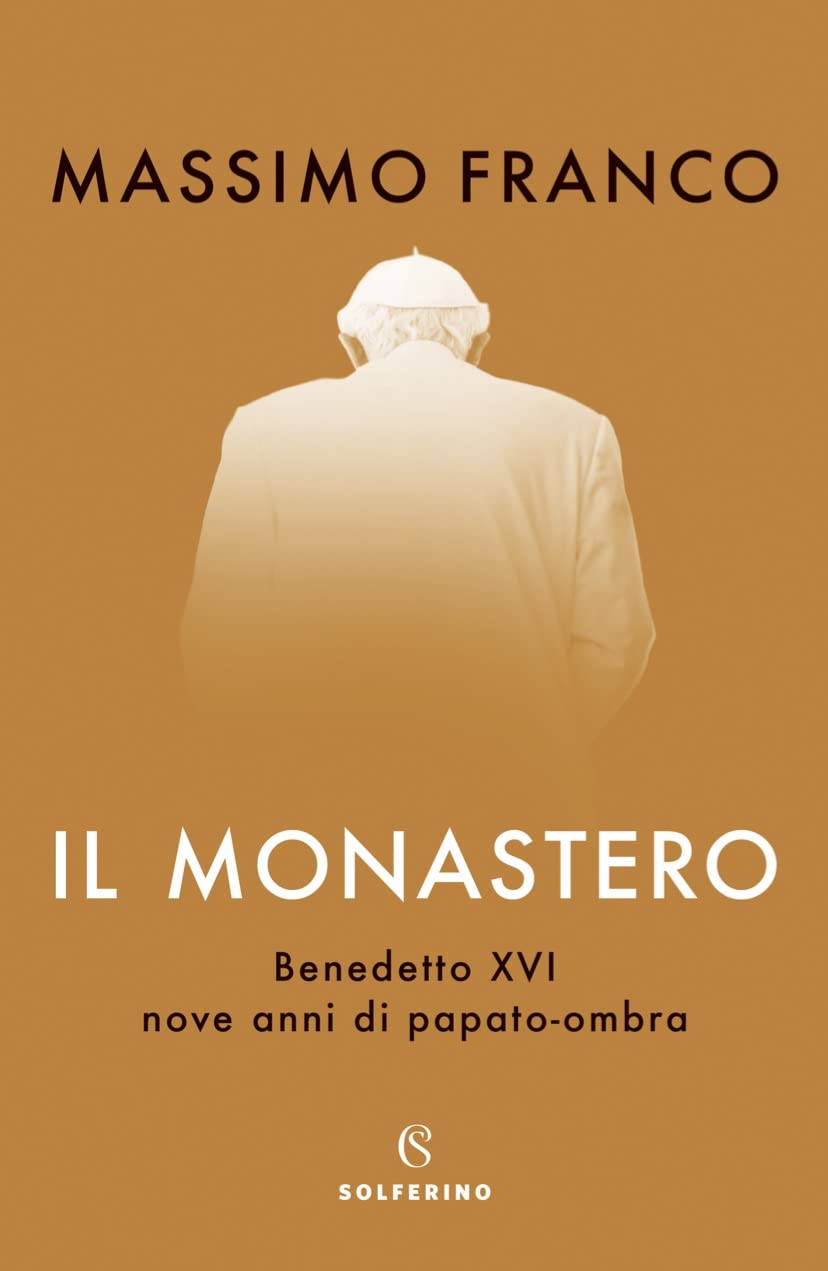 Trying to make sense of the situation is the ambitious aim of a recent book by veteran Italian journalist Massimo Franco titled Il Monastero: Benedict XVI nove anni di papato-ombra (“The Monastery: Benedict XVI and Nine Years of a Shadow Papacy”). It’s a brilliant piece of writing, with the pitch-perfect mix of insider detail and big picture observation that is the hallmark of all Franco’s work.

The core thesis is that, without either one of them desiring it, the uneasy cohabitation between Francis and Benedict has created rival centers of power in the heart of the Vatican. The title of the book is a reference to the Mater Ecclesiae monastery on Vatican grounds where Benedict lives, and which, as Franco describes it, has become a symbolic antipode to the Casa Santa Marta, the residence where Francis has taken up quarters.

Franco quotes the former prefect of the Congregation for the Doctrine of the Faith, German Cardinal Gerhard Mueller, known as a conservative and a disciple of the emeritus pope who was eventually replaced, to the effect that “the monastery [Benedict’s residence] is the place where people hurt by Francis go to be healed.”

On Tuesday, the newspaper Corriere della Sera (“Courier of the Evening”), more or less the New York Times of Italy, i.e., the paper of record, carried its version of the “Dear Abby” column in which a reader inquired about Franco’s book. In response, columnist Aldo Cazzullo openly invoked the prospect of a schism within the Catholic Church as a result of the situation Franco describes, while confessing that he doesn’t know whether to expect it more from the right or the left.

Like Franco, many observers believe the polarity between Francis and Benedict either reflects those divisions, or, perhaps, actually exacerbates them. Running a bit through the book, and much more in the discussion it’s generating, is the assumption that having two living popes who represent different political and ecclesial visions is something to worry about – that it’s destabilizing, confusing, disorienting.

To quote Yeats, it’s presumed that in such a situation, “The centre cannot hold.”

Yet isn’t it possible that rather being something to fret about, this polarity is actually a reflection of the greatness of Roman Catholicism?

As a thought experiment, imagine if Barack Obama had said to Donald Trump in 2016: “Look, I know I’m not in charge anymore, but I’d like to stick around the White House anyway and be available in case you ever want my help. In the meantime, I’ll support you in silence.”

Aside from the implausibility that a career politician would ever truly remain silent, such a scenario would have been rejected out of hand. Secular politics is a zero-sum game, in which there’s always a winner and a loser.

However, Catholicism is supposed to be different. The coexistence between Francis and Benedict just a few yards from one another inside the Vatican, however uneasy it may be at times, nevertheless is perhaps the greatest confirmation of that difference history has ever conjured.

This is not simply journalistic conceit. Seven years before his resignation, Benedict XVI himself sketched a theological framework within which the present polarity can be seen as an asset rather than a weakness.

It came in a dialogue between Benedict and the clergy of the Italian dioceses of Belluno-Feltre and Treviso on July 24, 2007, well before he had any thought of stepping down. A veteran priest had asked Benedict how to balance the human and the spiritual dimensions of a vocation, recalling a seminary professor who rebuked him for seeming to enjoy playing soccer more than studying canon law.

“Catholicism, a bit simplistically, always has been considered the religion of the great ‘both/and’ – not of grand exclusivities, but of synthesis. The word ‘catholic’ means precisely ‘synthesis.’

“A good and truly Catholic pastoral approach means to live in the both/and; to live one’s own humanity and the humanism of man … and, at the same time, not to forget God. … Therefore, I’d say simply to commit myself to the great Catholic synthesis, to this ‘both/and.’

It was compelling advice when the subject was reconciling soccer and canon law — which, ironically, may not be all that different, since both seem to feature endless arguments over how to apply the rules.

Perhaps the same “both/and” spirit could work just as well on other fronts, including the admittedly novel dynamics of a “shadow papacy.”

Missionaries of Charity evicted from Nicaragua arrive in Costa Rica

Italian movements, associations to hold March for Peace in Kyiv

Musings on possibly the greatest road not taken in papal history

Communion for Pelosi at the Vatican no surprise, but possibly a harbinger

Pondering the temptation to power in wake of historic Roe v. Wade ruling

For the cost of a cup of coffee at Startbucks, you can help keep the lights on at Crux.