Note: Recently, Tod Worner, the Managing Editor of Evangelization & Culture, had the privilege of discussing The Word on Fire Bible with its General Editor, Brandon Vogt, and Content Manager, Matthew Becklo. To purchase the first volume, The Gospels, visit wordonfire.org/bible

Worner: Brandon and Matt, it is a pleasure to talk with you about The Word on Fire Bible. It is indeed an extraordinary undertaking. The first question that comes to mind is: Why does the world need another Bible? In other words, what was the inspiration for crafting The Word on Fire Bible?

Vogt: The Word on Fire Bible was designed to be something utterly unique, unlike any other Bible published to date. 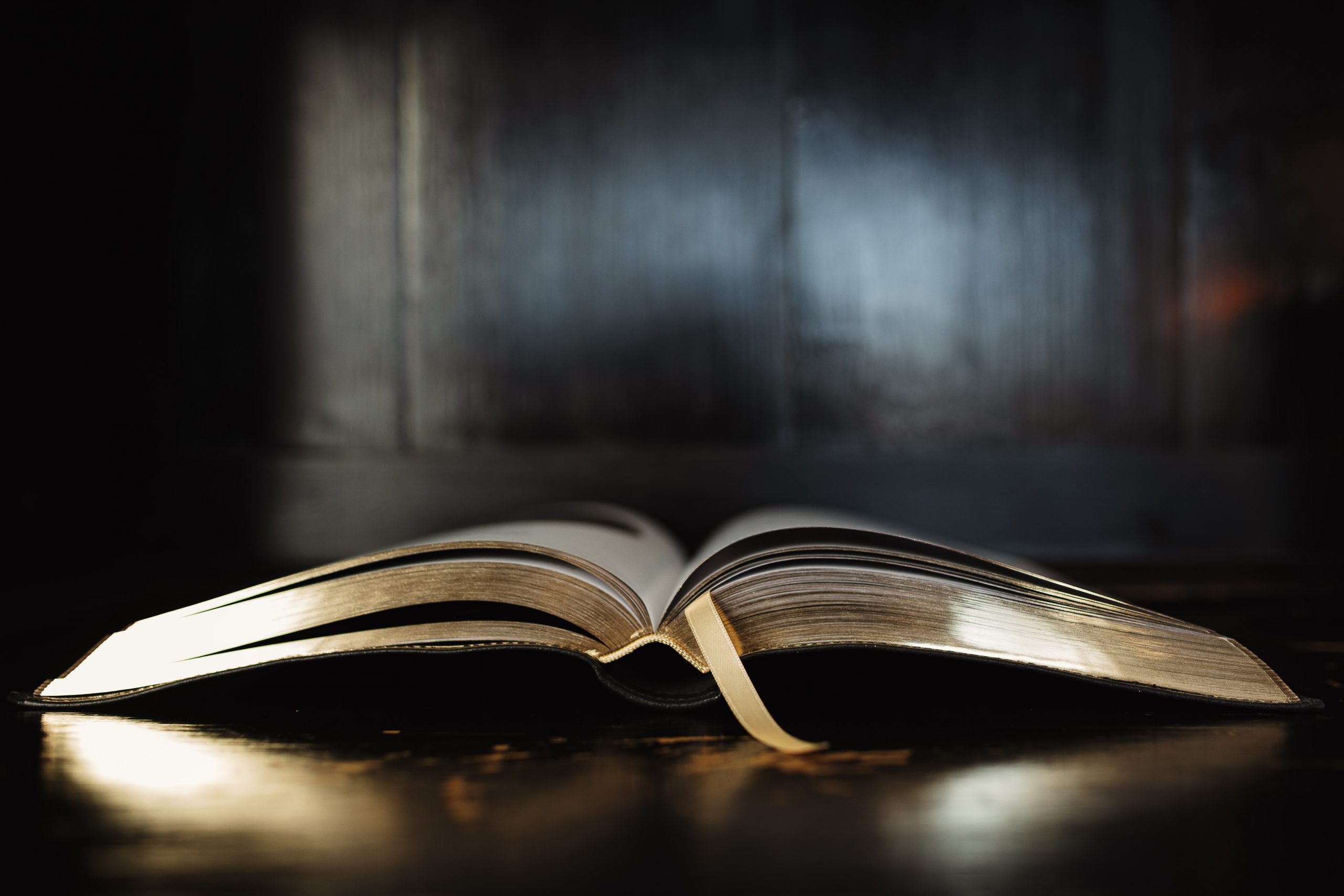 First, there’s never been a Bible as beautiful as this one, at least since the medieval illuminated manuscripts. From the dazzling artwork and custom typography, to the elevated quality of the cover, paper, and materials—it’s breathtakingly beautiful.

Second, the commentary content is extraordinary. Most other Bibles feature commentary from one or two authors, usually contemporary Biblical scholars. But The Word on Fire Bible brings in a whole chorus of voices—saints, mystics, artists, scholars—from across the 2,000-year tradition of the Church. On top of that, you have the unparalleled commentary of Bishop Barron, perhaps the greatest preacher of our day.

Either of those traits would have set The Word on Fire Bible apart. But together they make this series truly groundbreaking.

Worner: When did you first discern that you wanted to take on this calling? Did it ever seem like an insurmountable task?

Vogt: I remember the first conversation I had about this project with Bishop Barron and Father Steve Grunow, back in 2016. When they proposed creating a new Word on Fire Bible, I initially balked at the idea. I considered study Bibles to be mostly ad intra resources created for on-fire Christians, which are useful but don’t strongly align with our commitment to evangelizing the “nones.”

Plus, I considered the fact that there were already so many good Bibles out there, and I wondered what would make ours different. Finally, if I’m being honest, I was massively intimidated by a project of this magnitude, given our small team and lack of experience designing something as complex as a whole Bible. Thankfully, I was mistaken on all counts. We decided to move forward, and each day my reservations faded away as I became more excited about the project.

And yet, in those early meetings, we still felt like Frodo and Sam, taking their first few steps away from the Shire, embarking on an epic journey with obstacles (and graces) we couldn’t even fathom. The spiritual dimension quickly became evident. From the beginning, Fr. Steve reiterated two things to our team.

First, this Bible series is a work of God. It could not be accomplished through mere human effort. What initially seemed humanly impossible was actually a divine work, and the Lord offered unexpected graces at many points. This realization was important because any work of God awakens the dark powers, and the evil one tried to thwart this project many times along the way.

Second, Fr. Steve affirmed that this Bible series was the project of a lifetime. This wasn’t something we could just dash off in a few months, as we would an ordinary book or resource, and then move on. We knew if we started this series, it would take extraordinary perseverance, with hundreds of hours of devotion, scores and scores of meetings, and that it would be a long, plodding journey.

Even after releasing Volume I, the scope remains staggering, but the Lord has guided this project so far, and I’m confident he’ll bring it to completion.

Worner: I understand that this Bible will be released in multiple volumes. The first, The Gospels, is now available. What subsequent volumes can we anticipate and how soon can we expect the next one?

Vogt: Yes, Volume I is available now, which includes the four Gospels. We’ve finished the content for Volume II, which will contain the rest of the New Testament—Acts of the Apostles, the Letters, and Revelation—and debut in June 2021. From there, we’re planning five more volumes for the Old Testament, which will roll out over the following years. So, from the moment of conception back in 2016 until the publication of the final volume, this will be at least a ten year process! We’re just getting started.

Worner: As you discerned the content and design of The Word on Fire Bible, I presume you considered Bibles that have been instrumental in your lives as well as Bibles that you didn’t particularly like. What did you learn from your previous experience with Bibles that helped you in creating this one? In effect, what did you like about them and what did you feel was missing?

Vogt: Yes, when we began the project, we had a lengthy research phase during which we handled and reviewed dozens of study Bibles, both Catholic and non-Catholic, current and out of print.

We learned several lessons. First, the majority of Bibles out there today are cheaply produced. This isn’t because publishers are greedy and interested only in profit. It’s primarily because they mass produce Bibles using cheap materials so as to distribute more copies. There’s some evangelical value in that, but it also means that most Bibles fall apart after a few years of serious use.

We didn’t want that for The Word on Fire Bible. We wanted each volume to use the highest-quality materials, to endure, to become something you could pass down from one generation to the next. Any physical item is composed of both form and content, and both are important. We wanted the form of this Bible to match the quality of its content. The Sacred Scriptures deserve as much.

Second, most study Bibles available today are designed mainly for experienced Christians. Because of this, the commentary tends to focus on high-level theological issues that fly over the head of inexperienced readers. 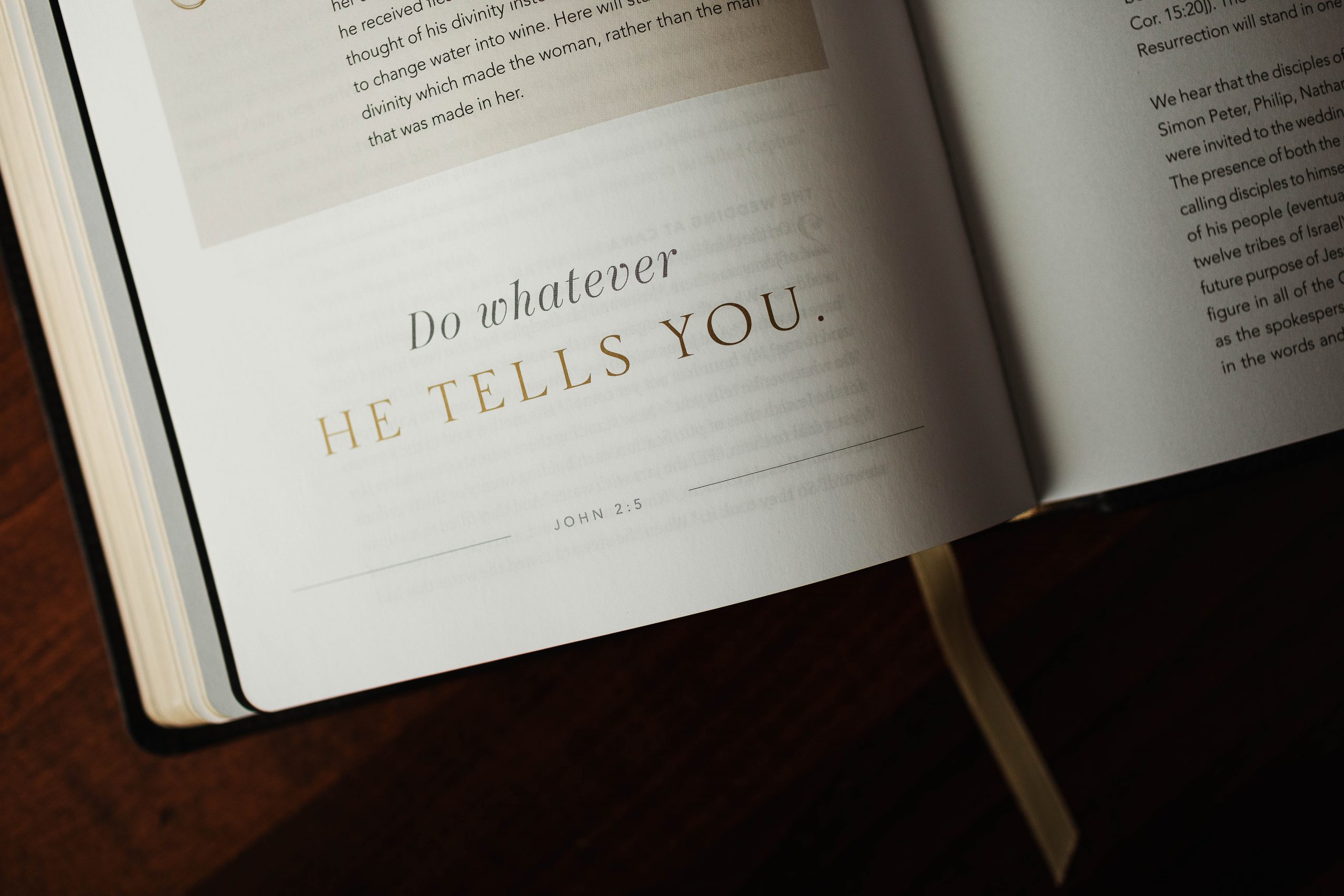 Given Word on Fire’s primary mission of evangelizing the “nones,” we wanted The Word on Fire Bible to be accessible and engaging to those with little biblical experience (while still remaining smart, too—we’re against “dumbed-down Catholicism.”) So,The Word on Fire Bible doesn’t mainly focus on in-house questions of interest only to longtime Christians, but issues that would strike someone reading the Bible for the first time.

Third, most study Bibles we reviewed were, to put it frankly, bland and unattractive in their design. They don’t pull you in and hold your attention. After reading the typical Bible for 20 or 30 minutes, your eyes get tired from all the small, black-and-white text and your attention begins to drift.

We knew we wanted something different, a Bible that was as visually attractive as it was intellectually stimulating, one that would grip you and hold your focus over long reading sessions. That desire shaped the entire design of the Bible, from the artwork to the single-column layout of the biblical text, to the varied styling of the commentary entries.

Worner: How did you navigate decisions surrounding what commentary to use?

Becklo: Our navigating principle was to focus on commentary first from Bishop Barron, and then from those Catholic saints, scholars, and writers who have had a profound impact on his evangelical work. We settled on three categories of commentary: Bishop Barron, the Church Fathers, and Recent Authors (i.e., all other commentators).

True Freedom and the Legacy of Desert Father Agathon

Clergy across Africa mourn the death of new cardinal from Ghana

Zelenskyy unveils crackdown on churches in Ukraine loyal to Moscow